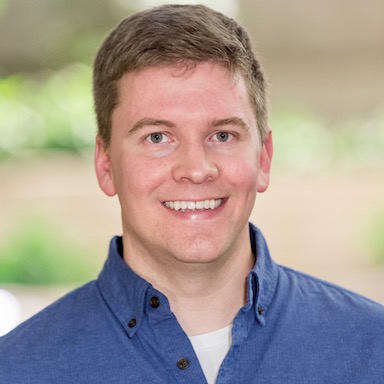 JD received his PhD from the University of Toronto in 2015. His thesis research involved harnessing the power of modern supercomputers to explore the formation and evolution of cosmic structure. He is interested in a wide variety of topics in astrophysics including large-scale structure, galactic substructure, neutrinos, reionization, and understanding the dark components of our universe (see word cloud below). An emphasis is placed on exploiting the use of cosmological structure formation simulations including both N-body and hydrodynamic methods. This is achieved using some of the largest supercomputers in the world including Theta, Cori, and Tianhe-2. JD is also interested in scientific data visualization; a collection of animations from his recent simulation endeavours can be found below.

JD joined Argonne through the Leadership Computing Facility (LCF) as a postdoctoral appointee in the Theta Early Science Program. Currently, he is working alongside members of the CPAC team in extending the gravitational framework of HACC to include hydrodynamic processes from baryons. We refer to this new framework as CRK-HACC since the underlying hydro solver is based on the novel CRK-SPH algorithm. Recently, we completed the first adiabatic hydro production simulation with CRK-HACC using 3072 nodes of the Theta supercomputer. Present efforts involve the development of sub-grid processes including radiative cooling, star formation, and feedback from supernovae and active galactic nuclei. These processes play a pivotal role in the evolution of structure formation and their proper modeling are critical in extending the scientific capabilities of cosmological simulations. JD is also an active member of the Argonne ExaSky team where he works to prepare our hydrodynamic efforts for next-generation exascale machines as part of the Department of Energy Exascale Computing Project.

Word cloud showcasing my research interests. This image was generated using a python script that queries the arXiv API to download all of my research paper abstracts and then computes tf-idf scores on their text. Font sizes are ranked by the tf-idf score and plotted using the python WordCloud library.

An animation of the Borg Cube simulation run with CRK-HACC on 196,608 cores (70% of the machine) of the Theta supercomputer. The Borg Cube is an adiabatic hydrodynamic simulation containing 2×2304^3 cold dark matter plus baryon particles in a box of side length 800 Mpc/h. We show the evolution from redshift z = 10 (13 billion years ago) to z = 0 for a subvolume of size 50x50x67 Mpc/h. Colour traces the gas temperature field while white highlights peaks in the baryon density field. We zoom up on the formation of a massive cluster (4×10^4 Msun) where the surrounding gas has been shock heated to temperatures approaching 10^8 K. To download a hi-resolution version of this movie (35 MB) click here.
This animation displays the output of the TianNu simulation containing 2.64 trillion neutrino plus 330 billion cold dark matter particles in a box of side length 1200 Mpc/h. TianNu was run on 331,776 cores (86% of the machine) of the Tianhe-2 supercomputer with the code CubeP3M. We begin with the depiction of slices of the cold dark matter density field (on the left, in blue) and the neutrino density field (on the right, in red) where the side length is 1000 Mpc/h and the slice depth is 8 Mpc/h. The movie starts at z = 5 (12.5 billion years ago) and proceeds until the present day, at z = 0. The left panel shows the development of the cold dark matter cosmic web while the right panel demonstrates the gravitational clustering of neutrinos around the largest cold dark matter structures. The second part of the animation dives into the simulation, travelling at roughly 10^15 times the speed of light, until stopping at a cluster of mass 10^15 Msun. To download a hi-resolution version of this movie (307 MB) click here.
This movie shows the propagation of an ionization front through the intergalactic medium. The colour traces the density of ionized gas within the box, which has side length 1 Mpc/h and is shown at redshift z = 6 (12.8 billion years ago). An ionization front produced by starlight from a nearby galaxy passes from left to right across the box. The movie starts by spinning around the box when a relatively dim flux is applied. This highlights the ability of small-scale absorption systems at the leading edge of the box to self-shield against ionizing radiation. The strength of the illuminating flux is then slowly increased and we see the ionization front sweep across the entire width. As the incident starlight brightens, the self-shielding of absorption systems increasingly diminishes. A final spin around the box at high illuminating flux reveals the structure contained within the volume as the ionization front has fully penetrated this patch of the intergalactic medium. To download a hi-resolution version of this movie (88 MB) click here.